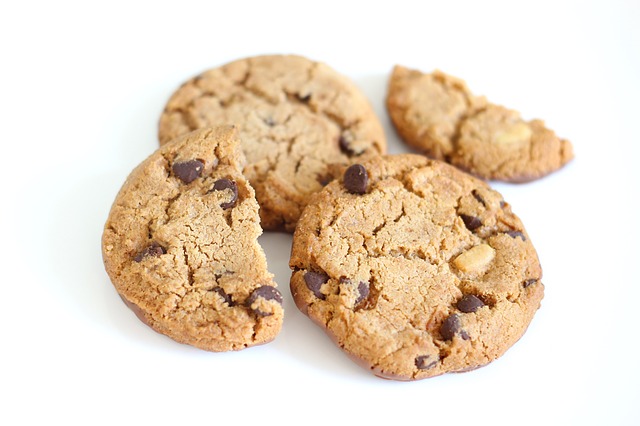 You can hear many opinions about the current footballs. Some swear by it, others see it rather critically. The old balls were much better. They lasted a long time and were also much cheaper. But is that so? To get an idea of the opinions of various football players and coaches, I wrote to my followers on Instagram and asked them about their experiences with the topic. There were really interesting conversations that I would like to play here.

Basically, I’ve divided the question in the headline into four topics:

First of all: Maybe you will not be satisfied with every description in the article. Here many different opinions meet and I try to reflect them as neutral as possible. For comments, use the comment widget at the end of the article!

Game Features: Before vs. Now

Matchballs: Here, the difference is most apparent in my opinion. Opposite the valve is now a counterweight, so that the ball flies perfectly balanced. In addition, the surfaces are smoother, have more grip and the entire ball is slightly off the foot. Biggest advantage too sooner: The water absorption during the game is almost zero. Compared to game balls from before 2004 this is a big bonus point. Who the new balls are too special in their flight characteristics, can look around for lesser known manufacturers. These also offer the classic 36-panel pattern as a matchball yet. Of course, with all the advantages of the current game balls.

Design: Before vs. Now

Instagram: >dustin_amateurfussballer_2003
In letzter Zeit werden die Bälle immer bunter finde ich. Ich mag es lieber schlicht und einfach.
| Nachricht senden ...   ↑
Of course, that always depends on the viewer! In my opinion, the classic black and white pattern has served its purpose. Adidas noticed this in 1970 and has already introduced a new design there. However, this was fundamentally reworked in 2002. Since then, the designers always keep up with the times and every year a more daring model comes out. That’s a good thing! But I think that the design is always better with the newer balls than with the older ones. This is simply because other things are in fashion now and patterns are adapting to it. If you are looking for an old design, you will not be disappointed! Adidas has revived the Tango series and the balls are available as both training and game balls!

Durability: Before vs. Now

Training Balls: Here it depends again strongly on the model. Balls that in my opinion do not last as long as they used to: Nike Pitch, Adidas Glider and many balls for less than 25 €. After that, my view changes. Models like Nike Strike, Adidas Top Training, Erima Hybrid, … have actually improved their durability. Why? The manufacturers use bubble in the interior, which are surrounded by a fabric. Thus, the balls are more durable and they do not burst when a seam breaks. In the past, the balls were usually hand-sewn. When a seam has risen, the ball could burst quickly. That is no longer the case. Other models are even glued so that the seam can not tear at all. In addition, you can change the valve on almost all newer Adidas models. That was not possible before.

Instagram: >Anonymer User
In my opinion, the balls are better now than they used to be. In my team we play with an Adidas ball of the Bundesliga and that for 3-4 years. The ball is still in perfect condition and has not even yellowed or pale.
| Nachricht senden ...   ↑

Unfortunately, the materials have become softer. This is actually good, because the shooting characteristics are better and the balls are pleasant to play. Due to the softer material, however, thorns can easily penetrate into the ball. Remedy the repair with a simple fix-a-flat spray! Just look in the repair article on my page.

Matchballs: Here I suspect that the balls used to last longer. But at what price? The new balls have gotten extremely good playing characteristics due to the newer materials. Therefore, I think that you have to deal with it easily. With good care, the newer game balls but also eternal! These also have the advantage of easy valve replacement. When the ball gets a bit outdated, it is important to consider valve repair because the plasticizers are slowly but surely leaving the material. Back and forth: The new balls are no longer so robust. That’s fact.

Cost: Before vs. Now

Training Balls: If you look at the cheaper training balls, the price has remained the same in my opinion. The price-performance ratio has not really changed there either. But now there are also premium training balls, such as Nike Strike, Adidas Top Training or Erima Hybrid. Of course, these cost a bit more, but it’s really worth it!

Matchballs: The balls have become more expensive. At least if you look at these, which are due to major sporting events in the trend. I mean the World Cup, Bundeliga, Champions League balls. At the moment you pay 140 € for an original ball! That did not cost so much back then. But if you look for less known manufacturers, you will quickly find good balls for little money. The cheapest match ball offered by Adidas is the Adidas Competition for around 50€. You even get that in the design of the trendy balls. Even on ebay you can come to original balls for little money. But basically, one can say that one pays more for an original ball today. It’s worth it though.

“Everything was better in the old days” definitely does not apply to footballs. The newer materials and designs make the newer balls not only cooler, but also better in feel. If you are disappointed with the durability, you can have a look at some hardground balls. They are the most similar to the older balls and are almost unbreakable. Who can overlook the durability, can look forward to the continuous improvement of shooting and flight characteristics. 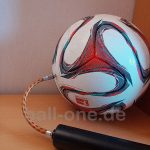 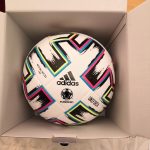 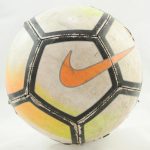 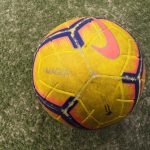 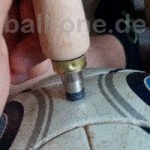